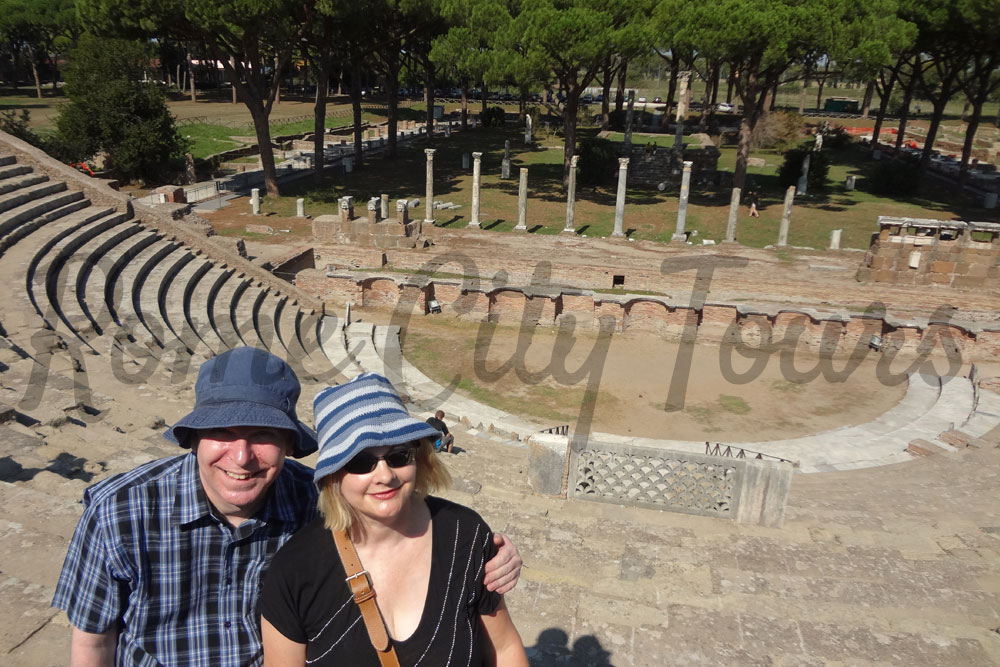 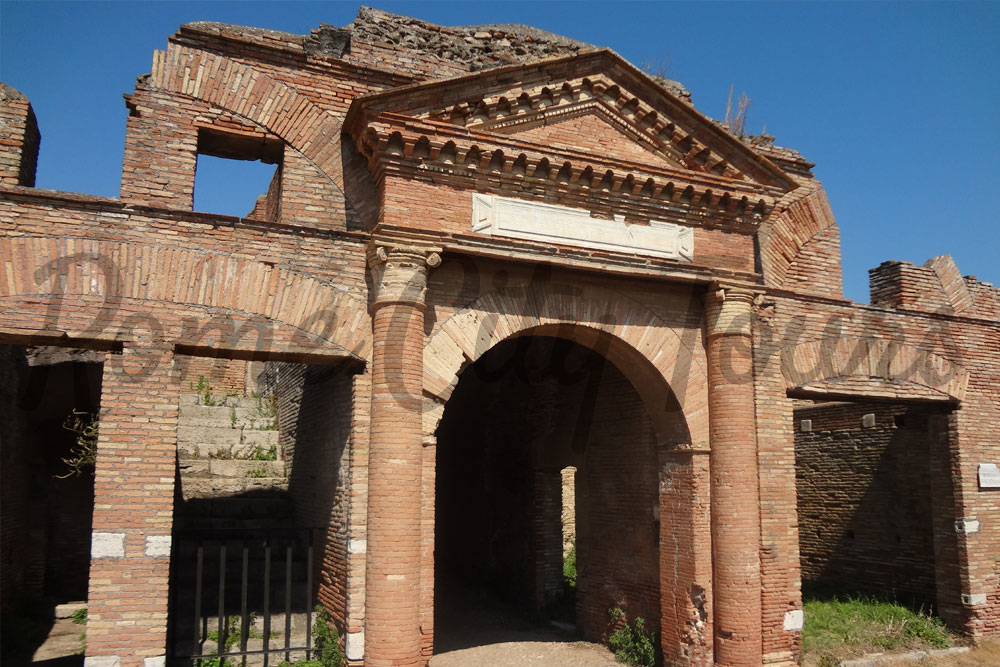 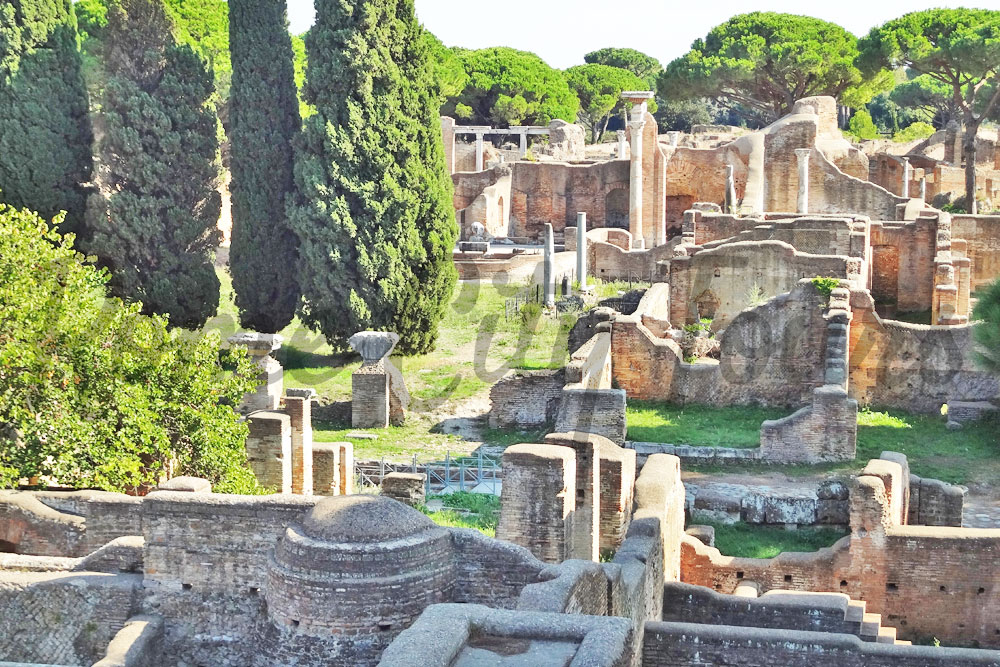 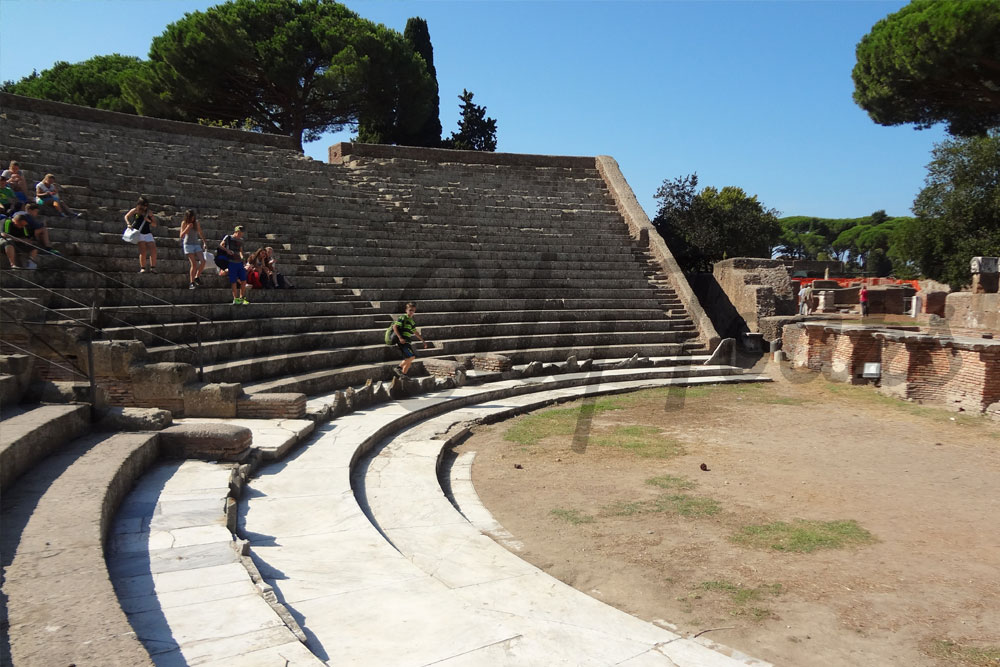 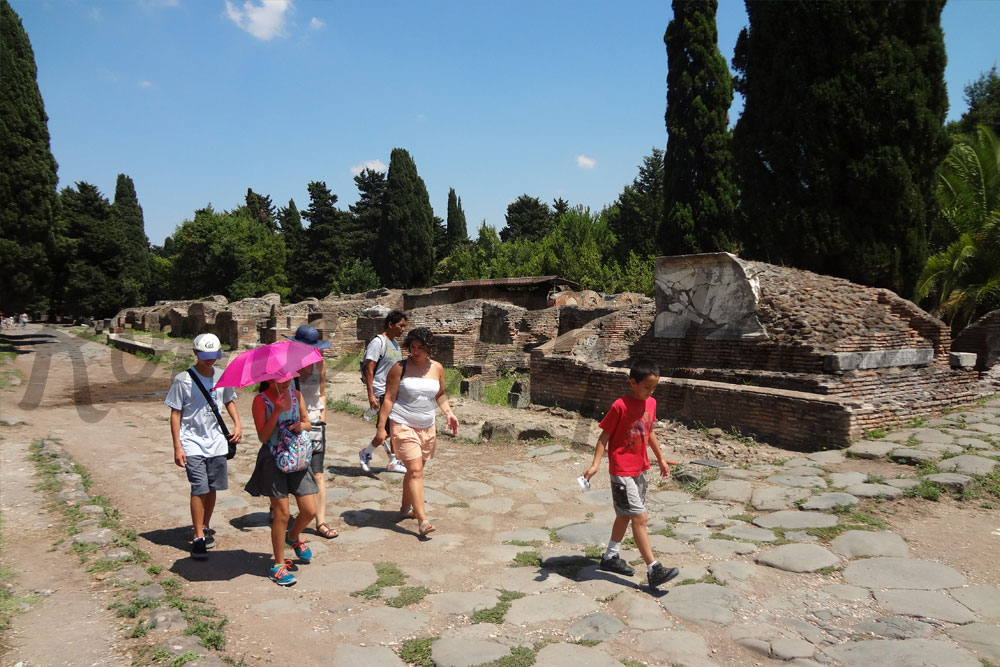 Jump back to the Roman Empire most important seaport!<

There are some sites in Italy that are not very popular but deserve a visit. Ostia Antica is a must-see place. The Ancient City of Ostia was the main Seaport of Rome located at the mouth of the river Tiber.

After the fall of the Roman Empire the port was abandoned. Over time, Ostia silted up, and the Tiber retreated to about one mile away. The mud that eventually buried Ostia actually protected it from the ravages of time — and stone-scavenging medieval peasants. Ostia Antica gives you a much clearer picture of life in the Ancient Roman times than Pompeii. The former was a thriving port with merchants, multi-ethnical workers, production facilities. The latter was mainly wealthy residential area.

You can easily reach Ostia by car or train. It is only 20 km (30 min) away from Rome. However, our driver can pick you up from you accomodation in rome upon request.

Our tour starts from the Ancient Necropolis that flanks the Via Ostiense, one of the famous paved roads leading to Rome. Burial chambers and cinerary urns are set in small family blocks next to each other creating a fascinating dead city that you will explore with our guide.

Our visit continues through the Ancient city walls and the East gate reaching the warehouses and the trading facilities of the river bank. Fires were very common then, and firemen' brigades were necessary. You will visit their barracks decorated with interesting mosaics. Next to the main road runs the Ancient Acqueduct of Ostia with the original lead pipes that brought water from the hills 14 km away.The acqueduct supplied not only the public fountains but also the thermal baths.

You will visit two of Ostia most famous spas: the thermal baths of Neptune and the thermal Baths of the Forum. Their pools are layered with marble mosaics and their walls feature the cavties of the heating system.

You will then reach the Theatre, Ostia's entertainment centre with a seating capacity of 4000 spectators. It is the most famous building of Ostia, still used today for concerts and stand-up comedy.Behind the theatre there is the city's main commercial headquarters for shippers and traders.

You will see unique mosaics describing the famous harbours of the Mediterrenean Sea with their main activities.Ostia Antica hosted plenty of restaurants, bars, hotels were foreign workers would dine or stay overnight. Our guide will take you to some of them, especially the Thermopolium, the best preserved tavern of the city including the counter, storage jars and original frescoes on the walls.

The tour continues to the Forum, the central square of Ostia, overlooked by the temple of Jupiter, Juno and Minerva. Behind the forum you will visit the museum where the most precious statues and reliefs found among the ruins are diplayed. After your experience in Ostia the way you think about the Ancient Roman culture will not longer be the same!